Failures with Half Ohm and gerber 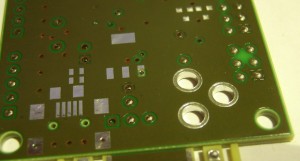 As studying electronics is mostly about trying and failing, I thought I should share some of my recent failures. 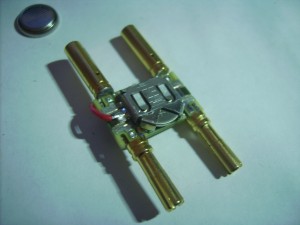 Most of the problems are fixable by point to point soldering

I merged 4 and 6 layer PCB orders for EstCube-1 satellite and added some of my own two layer boards to it. Unfortunately I managed to mess up the layers on two of them. One of the "fake" inner layers (all copper plane) ended up as bottom layer. The result: no tracks on bottom and whole row of components with all the pads on ground plane. The USB connector looks especially sad.

Other mistake: I confused the Cream and Solder mask layers. So as you can see from the picture - pinheads doesn't have solder mask clearance.

And then - Half Ohm board. For starters it had the same mistake, no tracks on bottom side. Fortunately there were nothing essential, so a little dremel and p2p soldering fixed it. But bigger mistakes were on the horizon. First - my schematic uses about 3mA, which, as I learnt is almost impossible to get out from CR1420 battery. Coin cells have unbelievably small maximum current and high internal resistance. 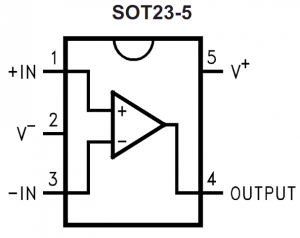 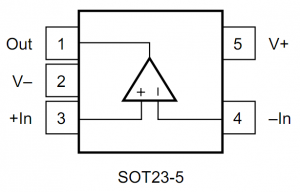 Pin-out of a expensive/precise op-amp

The second mistake - op-amp pin-out. As it turns out: even when using SOT-25 (SOT23-5) package, the pin-out differs from device to device. It would be reasonable to expect pin-out to be dependant on the manufacturer, but it isn't all manufacturers have the same pin-out. As it turns out the pin-out differs in cost. So all 0.2€ op-amps have one pin-out and all the 3€ ones have other one. So you can't design your product around cheap one and then upgrade it to better one. Argh, I hate it. Redesign of the whole board on the way.