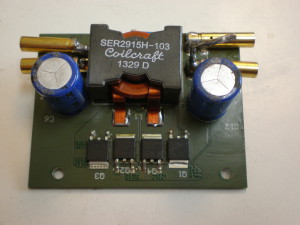 I'm building quite high power (for me) buck-boost converter for a friend. It takes in 12-45 V and has to output regulated 24 V. Total output power has to be more than 300 W. I don't understand switching regulators well enough to build more than 100 W regulators from 555 timer (that is basically how your computer power supply is built). Just too much phase shifting and output oscillations and whatever else to take into account. You know, the things you learn in electronics classes (which there was none in my school). 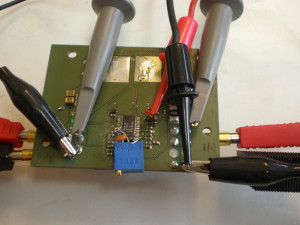 So I took the highest power buck-boost controller I could find - LT3791-1. It satisfied all my specifications so I calculated what parts would I need to make a 300 W board out of it. After ordering stuff and soldering it together it looked awesome. But after some playing around I couldn't get it to boost more than 100W, buck worked well but boost didn't. After lots of debugging and bunch of fried chips I finally figured out that the MOSFET drivers are too weak. My big and high power mosfets didn't even get warm at 300W output, but the chips internal voltage regulator fried all the time.

So, lessons learned from high power:

Next prototypes will be smaller and there will be several of them in parallel. Maybe some pictures soon.