Impedance of components at high frequencies 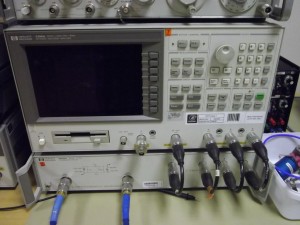 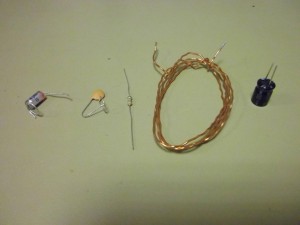 Some of the tested components

So I played around with some tools in Satellite laboratory. This time measured impedances of different electronic components. I used this weird network analyzer to generate signals and measure reflecting patterns. It plotted impedances on frequencies from 300kHz to 1.8GHz on its beautiful CRT display. I made pictures of two displays: Smith chart showing the impedance on different frequencies, and phase angle graph. The display was normalized on 50Ω load.

Smith chart shows the resistance on horizontal scale, and the reactance on vertical one. The line on the display shows impedance on different frequencies. If the line is above the centre line then the load is inductive. If it is below - capacitive. The middle point of the graph is 50Ω. Because ideal resistor is not reactive, it should be a dot on the middle line. Ideal reactive elements should be curves on the other graph (see the pictures). 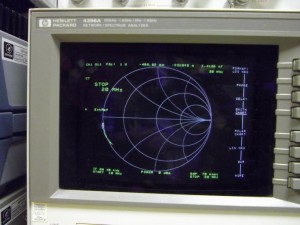 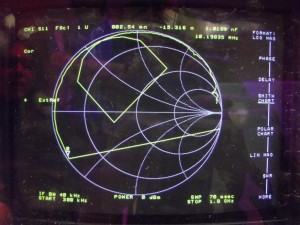 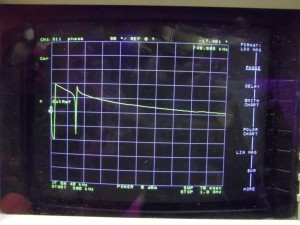 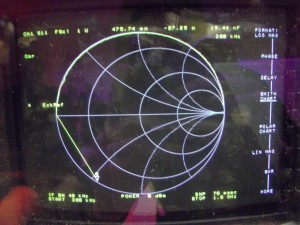 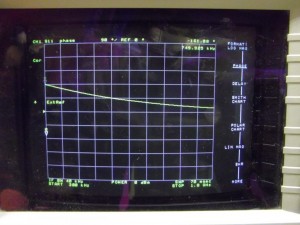 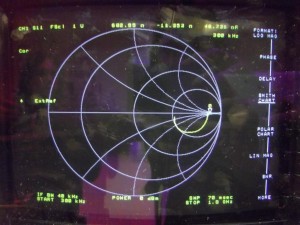 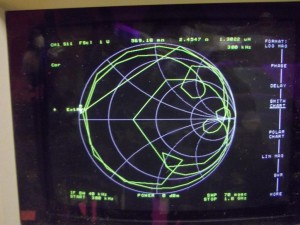 Self made coil, being what it should be - ugly 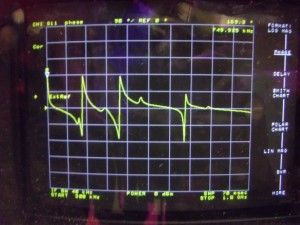 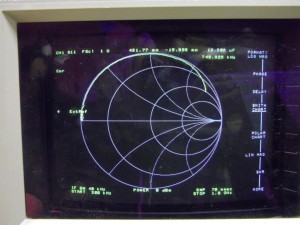 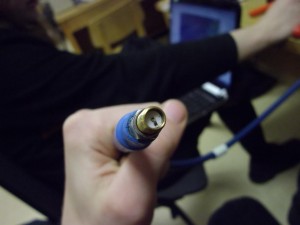 Testing ferrite bead, the cheapest 0603 one from the farnell 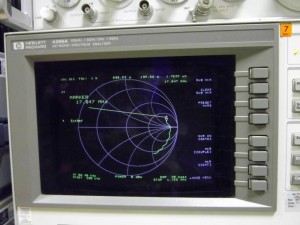 Response from ferrite bead, i have no idea what it means 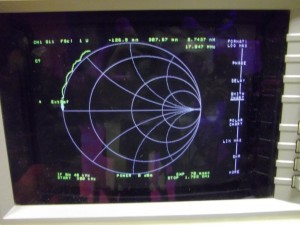 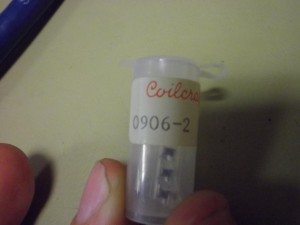 2 thoughts on “Impedance of components at high frequencies”