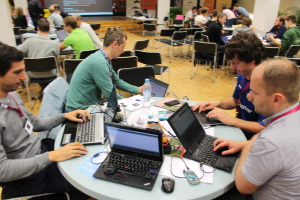 Went to hardware hackaton Tehnohack this weekend. It's a hardware oriented hackaton that local hackerspace Skeemipesa organises. Different from hackatons I have been before this was pleasantly not business oriented, I would say less than 10% of people there weren't engineers. Most projects had some kind of business case behind it, but no big work was done on this end.

I was in team called Players-tracking. We designed a device that would track football players in real time on the field. It uses radio wave time-of-flight measurement to measure distance between radio modules. For prototype we used Arduinos and DWM1000 radio modules. 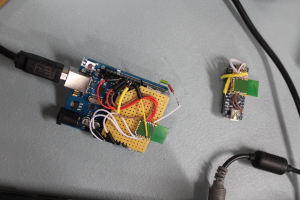