I have been visiting finnish Aalto-1 satellite project a couple of times. I am building half of one of their experiments - motor control board for electric plasma brake. Took bunch of cool pictures of their technology. Enjoy. 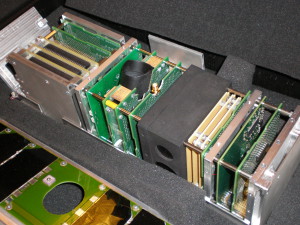 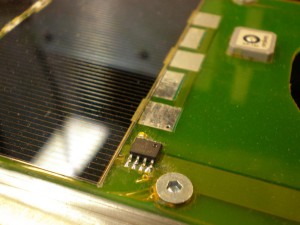 LM75 temperature sensor on the outside of the satellite. 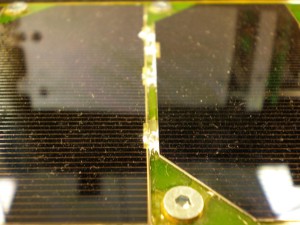 Solar cells are soldered to the PCB, it gave some trouble in thermal vacuum tests. 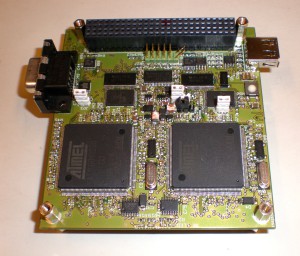 Prototype of Aalto-1 on board computer. Two cold redundant AT91RM9200 ARM processors running linux. And small MSP420 FRAM microcontroller that switches between them. 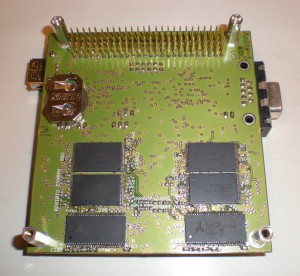 Bottom of on-board computer. Battery for real time clock and some memory. 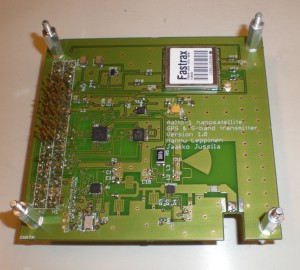 S-band downlink and GPS system. On the bottom there are: S-band tranciever, distributed element filters, power ampliffier and some more filters. On the top there is GPS module with antenna connector. 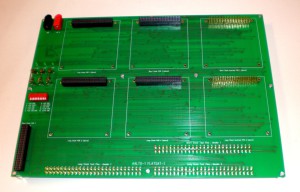 Local flatsat, really useful for satellite testing if it works. 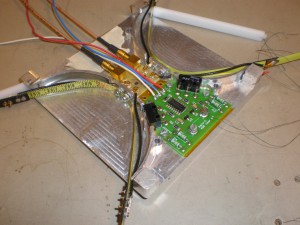 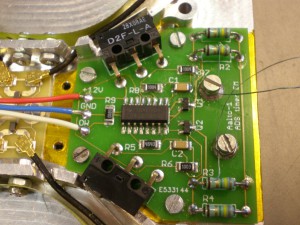 Antenna relase mechanism. Resistors for burning the wire and switches to detect the release. 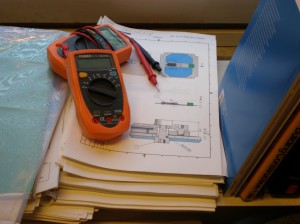 What I want to find from every lab: bunch of multimeters on a stack of documentation. 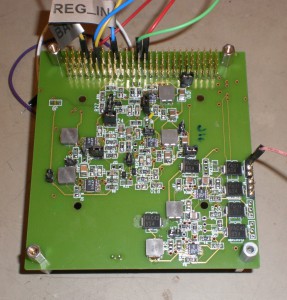 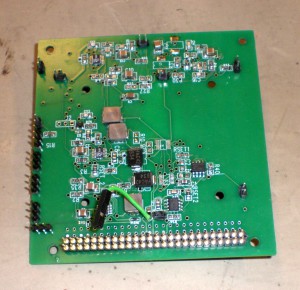 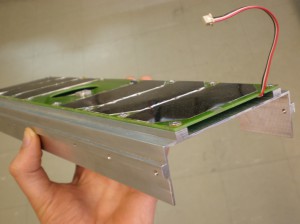 The side of the satellite. Solar cells, connecting PCB and strong machined side panel.