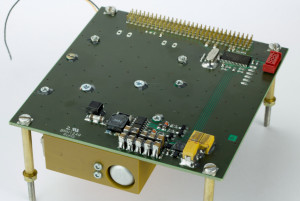 ESTCube-1., the cubesat satellite project I have been a part of over a year was successfully launched couple of days ago. It was on Vega rocket start on 2013-05-07. CW morse beacon is broadcasted on radio amateur frequency 437.505 MHz.

I was mainly in the hardware team designing and manufacturing the final circuit boards using components tested by people before me. Most of my time was spent in working on electrical power system, but I also helped with attitude determination and control system board layout. Most independent work I spent on one of the payload circuit boards. I designed and assembled piezoelectric motor driver boards as my thesis work.

Long live the satellite! I will work on many more satellites.

One thought on “ESTCube-1 works!”