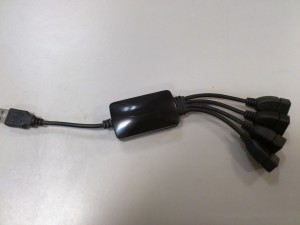 So I needed USB hub for my robot. So I bought one from eBay. When it arrived I started to test it, because, well, i don't trust eBay. It worked well when connecting one device, but stopped working with multiple devices. 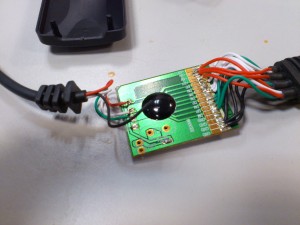 After testing it a bit i decided to take it apart. The insides looked a bit suspicious - there were no crystal and one pad for crystal was connected to ground. I decided not to waste more time on it. 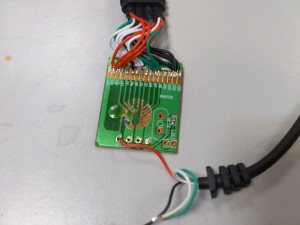 No chip inside, only tracks.

But then! Kalle appeared and took the piece of glue away with reworking station. And all the fakeness was revealed. It didn't have any chip inside, only tracks. And USB husbs must always have some chip inside that deals with all the traffic. This one worked as a junction box - if you connected one thing then it worked, if several - they shorted each other out.

But whatever. I'm not unhappy, I got cool box and bunch of connectors for 1.8$, but all you, who need a real hub, don't buy it. I bought it from shop named gogo21shop.