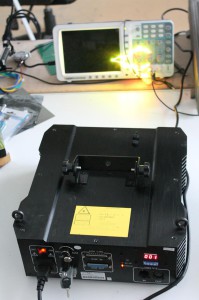 I got my hands on a Laserworld CS-500RGY laser projector. This is the smallest 500 mW one. It is a device that has three laser sources (red, red and green) and mirrors for moving laser pointer. It can be controlled by sound, DMX512 or ILDA interface. So, lets tear it down.

Case is really rugged and strong, made to last. Also has two fans for forced air cooling. Most of the insides is empty, they use the same chassis up to 2 W RGB projectors. Electronics is really modular and all through hole assembly. All what you would expect from low volume device and more than 10 year old company.

The laser assembly has two beam splitters that combine three laser sources into one. They two motors with feedback are used to move mirrors into correct angle. 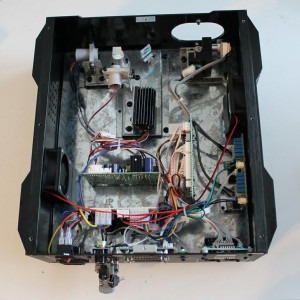 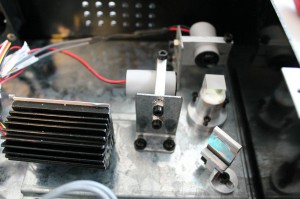 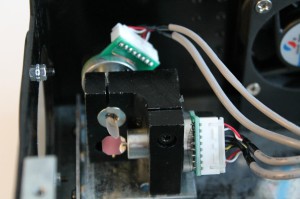 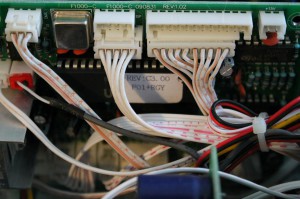 One thought on “Laserworld CS-500RGY”