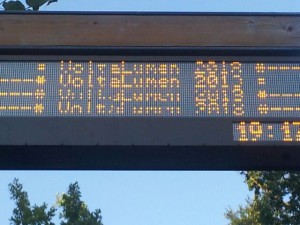 So Estonian LED display company VoltaLumen installed bunch of LED displays to bigger bus stops in my home town Tartu. As always - this requires a teardown. As it turned out - taking it apart without destroying it is practically impossible. It has been riveted shut and painted over. That stopped my teardown a bit.

In the accessible hatch there was bunch of debug connectors. RS485 for control over the wire, USB for programming, SD card slot for flashing firmware and GPRS modem slot. RS485 and 230VAC connections are brought out of the screens via nice cable for local controlling. Information is sent over RS485 in XML format to change bus times and clock. It also has an internal RTC, so clock synchronization doesn't has to happen every day.

From LEDs side - it uses orange PLCC2 leds. Quite high brightness, blinded us several times in the lab. Fortunately there is brightness control. 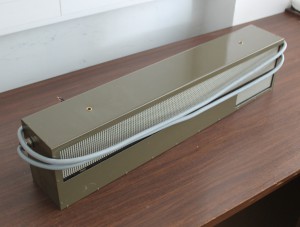 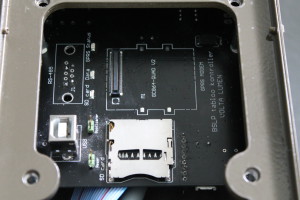 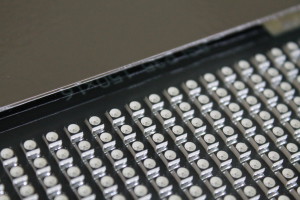 Close up of the LEDs